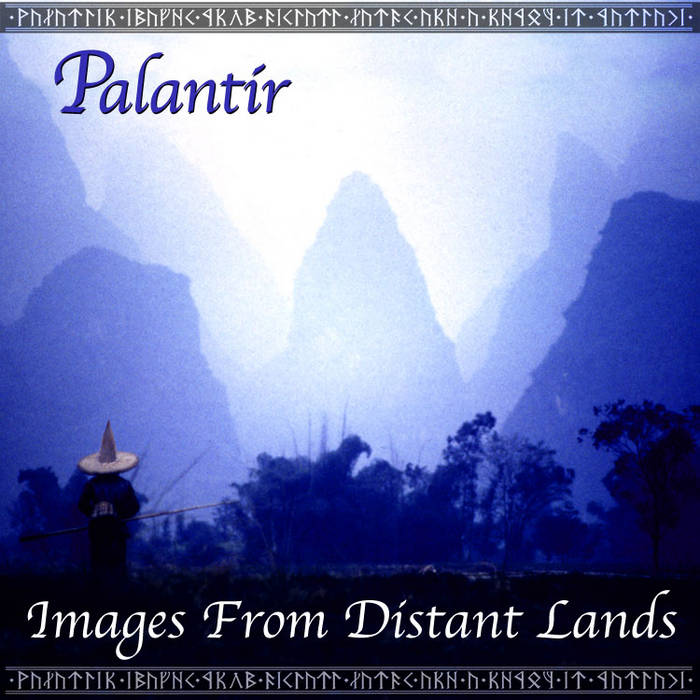 This has been the first release by Palantir. Encouraged by friends and listeners I decided to do a tape with the best titles from 1989 to 1991. For the re-release on CDR mini-series in 1999, the recordings were processed and remastered. The tracks 10-12 are an earlier version of the ones released on "Refuge In Fantasy" in 1994.

More on this album at: www.circleofsounds.de/images.htm

Here's what the critics said:
>> [...] This Palantir serves his 'job' well: I feel transported into other lands and times. Most of the time I have the feeling of being in Middle-Earth, the world of the impressing novel "Lord of the Rings". But the journey isn't limited to that only. [...] Sometimes the mood seems like the music of Gandalf [an artist from Austria]. The sequences of Palantir are of my taste. I like to listen to this tape more than to some other boring CDs collecting dust inside of my cupboard. << [translated from german]
Chris Höppner in WAVES 14

>> Raindrops begin and end the first track. We already had that, you might think, and we don't need it because we clearly see what's going to follow? Well, that's right - as long as it only concerns this track. It gets better fast after this: In the following eleven instrumentals Christian Schimmöller serves a menu of such rounded flavour, which is more astounding as it has been cooked in only two pots (Roland D-10, S-330) and the creator, 18 years old at the time, had only about 24 months of experience in the Elektronic-genre. [...] Especially the opulent dessert (The Waters of Life) will also delight the gourmet's tongue: Twelve minutes in which a bubbling synthetic cold soup-dish gets more and more to bite into - a semi-sweet oboe-flavoured solo line, sugar-sweet celestas. Tasty. << [translated from german]
Albrecht Piltz in KEYBOARDS 2/93

"Palantír" is a project by composer/audio engineer Christian Schimmöller from Munich, Germany. In Tolkien's fantasy world "Palantír" is translated as "what glances at the very distant" and is the name for an ancient crystal ball that can be used to look at distant lands and things and for telepathical communication with other persons far away. ... more

Bandcamp Daily  your guide to the world of Bandcamp

outré black metal, with a Victory Over the Sun interview and music from Liturgy and Jute Gyte.